The Lakeside Lions Football Team kicked off their first home game of the season against Gainesville Middle on Tuesday night, August 23rd at SFHS. The Lions started the half very strong led by the offensive line Adriel Rojas and Corbin Tardif. They powered the Lions to 291 yards of offensive and 47 points in the first half. The leading scorer in the first half was Sam Harvey with 4 TDS and 122 yards. The Lions added 16 more points in the second half while the defense held the Elephants to -48 yards and zero points. The Lions finished the game – Lakeside 66, Gainesville 0. This win puts Lakeside 2-0 to start the season, as they will be at home (SFHS) again next Tuesday, August 30th against Riverwatch. 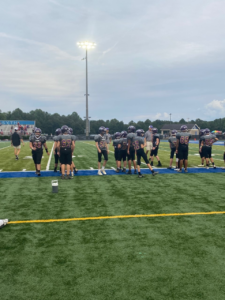 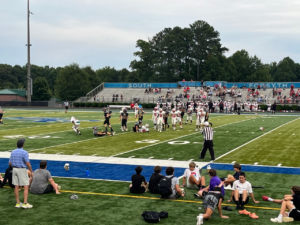