The Eagle defense pitched their first shutout of the year. Nathan Russo had a sack and caused a fumble that the Eagles recovered. Paxton Doyle caused a fumble that Axel Scott recovered as well. Jake Reiss was in the backfield all game, and Matthew Fox led the secondary. It was a great overall team effort. 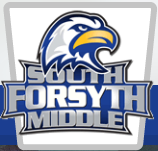