The 8th grade Lakeside Lions are 2021-2022 Forsyth County Champions! The Lions defeated the Eagles from South Forsyth Midde on Saturday afternoon 33-30 at East Forsyth Highschool. South had beaten Lakeside early in the regular season by 11 points, so Lakeside knew they had a tough game ahead of them. And it was just that! It was a game of all games! South and Lakeside were neck and neck the entire game, continually changing leads throughout the entire game and 4th quarter. But Lakeside would gain the momentum with a pivotal 3-pointer and foul shots later, to ultimately pick up the Championship for Lakeside! 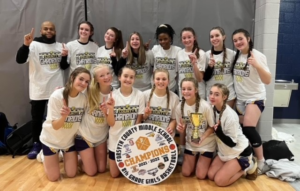 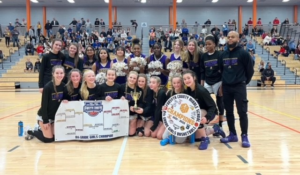