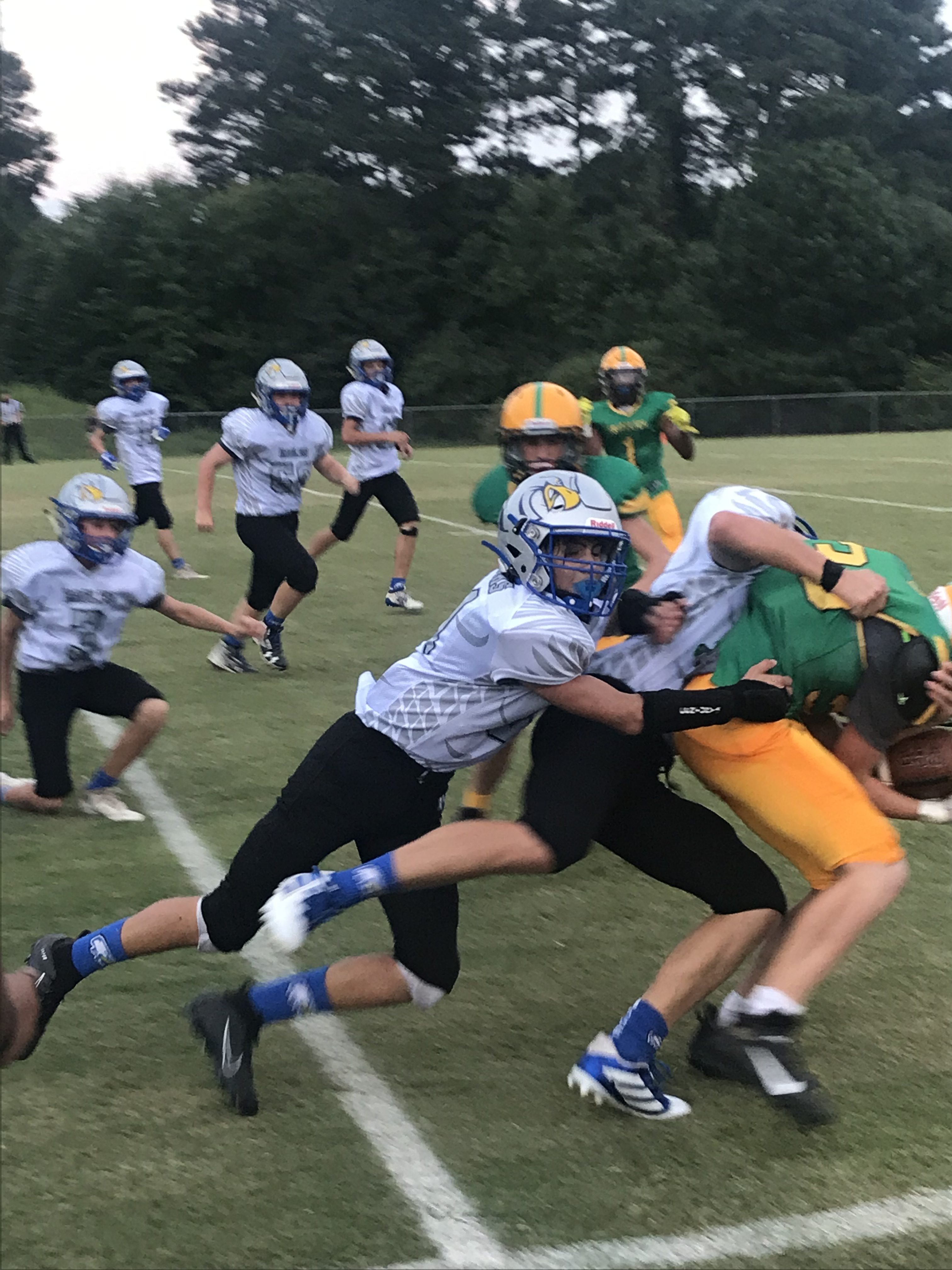 The Grizzlies and Eagles dodged the lighting and darkness to play the tough fought affair. The scoring began with Piney Grove Cameron Kenney hitting Londyn Lomax on a long pass for a touchdown. Graham Mckee hit the extra point to give the Grizzlies a 7-0 lead. The Eagles answered quickly on a touchdown by graham Timms and Owen Heybroek added the PAT to make the game knotted 7-7 going into Halftime. In the second Half the Grizzlies added a touchdown with a Pass from Kenney to Connor Kelly to make the final 14-7.  Both teams played with great effort and sportsmanship. 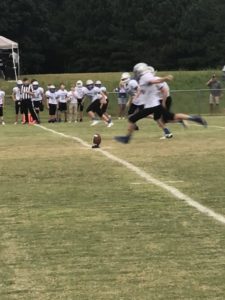 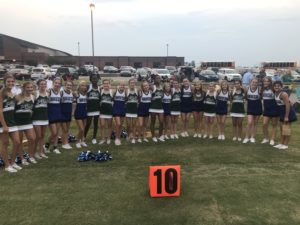 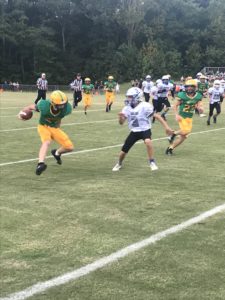 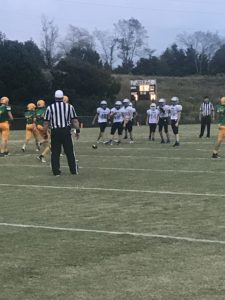 Bulldogs over the Dragons 42-0