Little Mill is off to its best start in years. After a line of storms moved through the area, the clouds parted and the fans were treated to a beautiful Georgia evening sunset at Half Mile Stadium (as it is affectionately called by the East Community Broncos). Little Mill jumped out to a 22-0 lead in the first half. After a self-inflicted third quarter full of mistakes, the Mustangs were able to put the game out of reach and beat Liberty 28-6. Grant Barden had a great game with 150 all-purpose yards that included two touchdowns. He also had a great defensive game as did the team. Lucas Wheeler returned an interception for a touchdown adding to the great play of the defense. The Mustangs will take on Piney Grove next week in an away game. 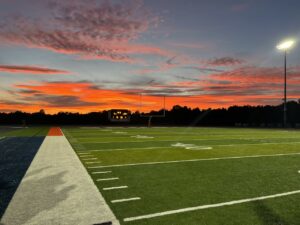 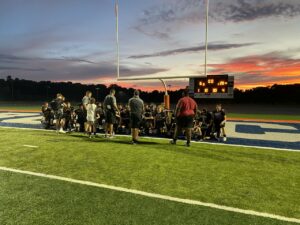