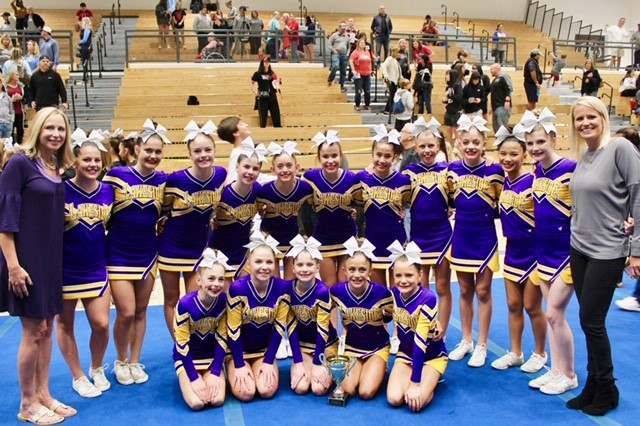 As the 2019-2020 school year gets underway, the Competition squads around the country have been hard at work preparing for their competitive season! This year in the county we 7 of the 10 middle schools have competition squads. Each team have set their own schedules for the season, but will all meet at the County Championship on October 19th at South Forsyth High School as Lakeside Middle looks to defend their title. Some of the coaches reached out about their squads and highlighted their kickoff to the season:

From Coach Bell: This is only the 2nd year that DeSana has had competition cheer. Last year we won the North Hall Competition, bringing home the first trophy in the history of DeSana Athletics. This year we are looking to compete clean routines, and improve our difficulty in stunts and tumbling. 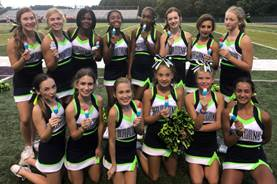 From Coach Stephens: The Lions have kicked off the season with a bang. The girls have been working really hard during the summer and throughout this fall to get ready for our first competition on September 14th North Gwinnett. Lakeside returns most of their 8th graders from last year’s squad as they look to defend their County Championship title from 2018. 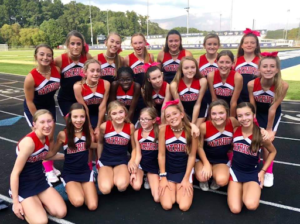 From Coach Copenhaver: Following the Wildcats’ successful 2018 season, the girls are looking forward to the competition season and hoping to replicate the same successes. With a squad of 20 – and only 7 returning cheerleaders – the returning cheerleaders have taken on various leadership roles within the squad and helped to mentor new girls and grow the squad as a whole. The 8th graders are looking forward to one last middle school season as a Wildcat before moving on to high school. 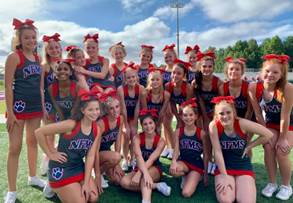 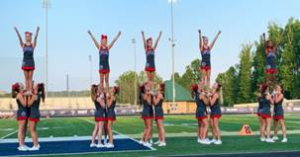 From Coach Cash: Our squad has a lot of new girls on it and we are loving teaching them and watching them grow. The girls have such a good bond with one other and we see them holding each other accountable, being silly, and encouraging one another every practice. With only one returner, the girls have put in a lot of hard work and dedication and their coaches are so proud of them! We are Riverwatch! 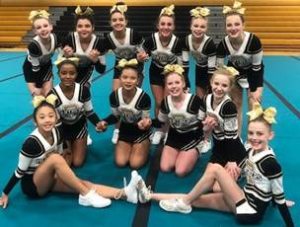 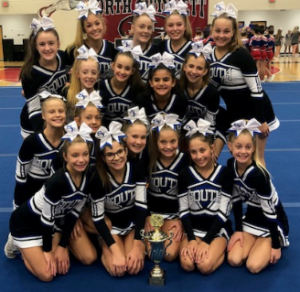 The VCMS Competition cheer team is excited about the upcoming competition season. Our goal this year is to continually improve. We are thrilled to represent Vickery Creek and are proud to wear teal and black. 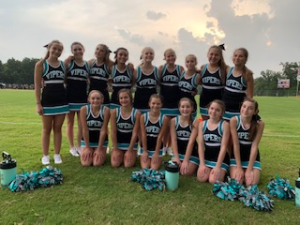 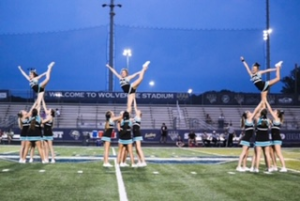