The North Forsyth Middle Wildcats traveled to Piney Grove on Wednesday, September. 6th and came away with 22-7 victory.  Both teams played solid defense in the first quarter but the Wildcats were able to get touchdowns from Austin Sizemore, Abdiel Espinoza, and Jacob Shirley later in the game. Piney Grove scored on an impressive touchdown run by Cameron Kenney as the first half ended. 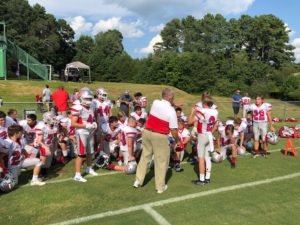 Congratulations to the Vickery Creek Lady Vipers Track Team for their undefeated season!